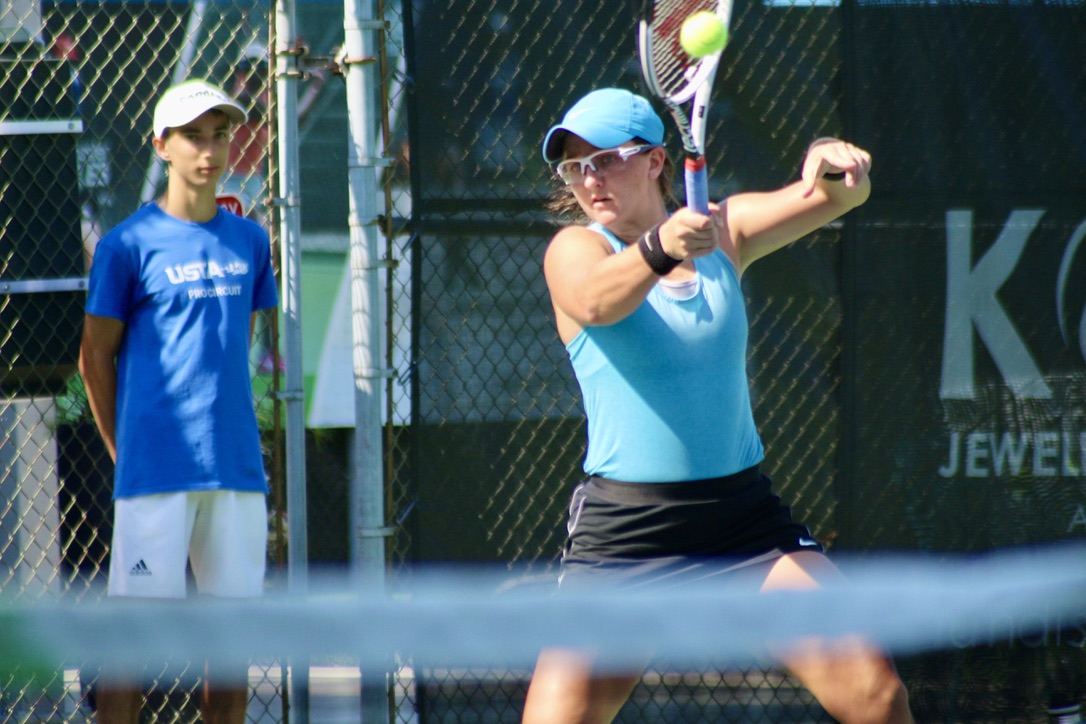 LANDISVILLE, Pa. – (LititzDailyNews.com) Christina Rosca is on a roll.

The 25-year old qualifier from Princeton, New Jersey rolled past Harrisburg player Nicole Coopersmith 6-1, 6-1 in just 45 minutes on Stadium Court to advance to the Round of 16 at the $100,000 Koser Jeweler Tennis Challenge today. 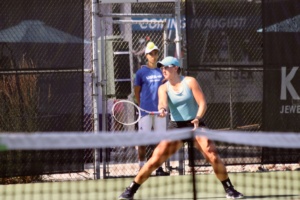 Christina Rosca stretches for a shot during the Koser Jeweler Tennis Challenge on August 9, 2022.

Coopersmith is the second Pennsylvania player that Rosca has eliminated from the competition. On Monday, Rosca breezed past Lancaster’s Lindsay Zink in straight sets during the first round of the qualifying tournament, 6-0, 6-1.

Both local players had received wildcard entry into the draws: Coopersmith into the main draw and Zink into the qualifying draw. That means that although their rankings and recent match results did not merit direct entry into the tournament, they were allowed entry. (Story continues below)

Rosca, on the other hand, has earned every round the hard way: one game, set, and match at a time. With a current WTA world ranking of 610 in singles and 222 in doubles, she was seeded 15th in the qualifying draw. Rosca is a former Vanderbilt University tennis star who advanced to the quarterfinals in the 2021 NCAA Singles Championships.

After she defeated Zink in Landisville on Monday, Rosca faced Eden Silva of Great Britain in the second qualifying round on Tuesday, the hottest day of the tournament. That match went three sets and spanned a heat delay. Rosca won it in a 10-point tiebreaker that substituted for a third set in the qualifying rounds, 7-5, 6-7, 10-6.

On Wednesday, Rosca required just 51 points to retire Coopersmith, who won only 20 points the entire match. (Story continues below)

Rosca has looked focused and unflappable on the Hempfield Rec Center hard courts. She has 20 wins so far this year on hard courts, and may just roll right onto some more illustrious courts in a few weeks: the hard courts at the USTA Billie Jean King National Tennis Center, site of the upcoming US Open.

But first, Rosca must get past more opponents in Landisville. (Story continues below)

Thursday she goes up against Lesley Pattinama Kerkhove from the Netherlands who ousted third seed Chloe Paquet in the first round today 6-4, 6-4. The Rosca-Pattinama Kerkhove match begins at 11 a.m. on Court 4.

Entry to watch the matches is free as is parking at Hempfield Rec Center in Landisville. The event is family-friendly and spectators experience the action up close. For more information, visit LandisvilleProCircuit.com.

Lynn Rebuck is a world-ranked international ITF Master’s Tour singles player and one of the top 150 players in the US in her division. She is an award-winning photojournalist who has photographed and interviewed some of the greats of the game. She is currently writing a book about her experiences. 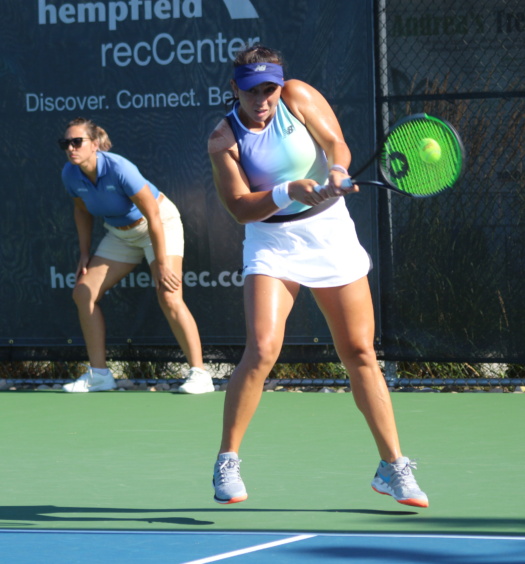 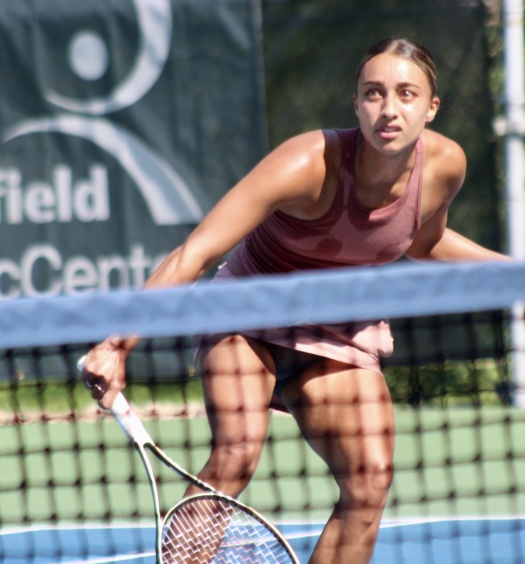 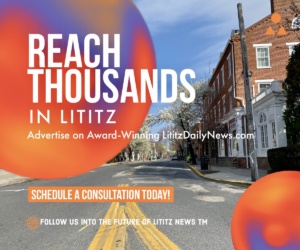