By Monday afternoon, Penn Ketchum had already decided to forego attending the Wednesday Star Wars: The Force Awakens screening to which he and other theater owners had been invited. Instead, he focused on making final preparations for the opening night at his own theater in Litiz, where thousands of fans are expected to turn out to celebrate the iconic film franchise in what could be the largest opening in movie history.

On the heels of a posh world premiere in Hollywood on Tuesday, the film will open in general distribution tonight, and Ketchum, his crew, and some local volunteers will be on hand at Penn Cinema to pop the 6,000 pounds of popcorn and tend to the needs of thousands of moviegoers.

Penn Cinema is showing the film on all 15 screens beginning at 7:00pm tonight, and will continue to show the film around the clock. There are a limited number of tickets available for the initial showing. . Over 2,000 people are expected to among the first in Lancaster County to see Star Wars: The Force Awakens. Over 4,000 traditional tickets and over 5,000 IMAX 3-D tickets have been pre-sold, according to Penn Cinema.

The 7:00pm, 10:15pm and 1:30am IMAX showtimes are sold out. Early risers will be happy to know that there are still some seats available for the 4:45 am showtime. This is only the second time in the LItitz theater’s history that film will play overnight, and tickets sales so far are eclipsing those for the final Harry Potter film.To purchase tickets online, visit the Penn Cinema page on Fandango.

“We have never seen the high volume of overnight ticket sales like we have now with Star Wars,” said Drew Schaeffer in an email to LititzDailyNews.com.

A General Admissions policy will be in effect, meaning that people can sit wherever they like regardless of what Theater number their ticket says. This makes it easier for friends and family to sit together.

In addition, West Entertainment will provide a lights and music show with DJ’s in both the IMAX Building and the Main Building. 30 West will offer free photos at a booth open to all guests.

Penn Cinema has published a guide for patrons, which was provided to LItitzDailyNews.com. It emphasizes safety and security, outlines details of costume policies, and prohibits guns..  It is recommended that those who plan to attend review the theater’s strict carry-in policy.

SAFETY- Penn Cinema is coordinating with Manheim Township Police to have additional uniformed police officers on-site both in the building and also patrolling the parking lots.

SAFETY- They have arranged for “greater than normal” staffing patterns to assure staffing throughout the premises.

SECURITY- They are enacting a “No Large Bags” policy and have let customers know that EVERY bag, including purses, will be checked on the way in.

SECURITY- No guns/weapons will be permitted, either real or toy.

COMFORT- A large Tent will allow for the admissions process to take place outdoors. This will make our lobby much more comfortable for guests after they have checked in.

CONVENIENCE- Once a guest goes through security and ticketing, they will have a wristband which will serve as their admissions pass. This means they will not have to hold onto a ticket stub or worry about losing their ticket stub.

COMFORT- Pople can sit wherever they like regardless of what theater number their ticket says. This makes it easier for friends and family to sit together.

ENTERTAINMENT-Lights and music shows provided by 30 West Entertainment with DJ’s in both the IMAX Building and the Main Building.

ENTERTAINMENT- 30 West will offer a photo booth available for free to all guests.

The atmosphere will be festive and costumes are encouraged, but masks may only be worn in the lobby. Absolutely NO guns will be allowed in the building, this includes anything with a trigger, real or fake.

Fans with tickets to the 7 p.m. show may line up at 12 noon, for entry at 3 p.m. The weather is expected to be rainy and 52 degrees in Lititz from noon until sunset. Times for other shows are available in the online guide published by Penn Cinema. It includes a list of food vendors that will be on site.

Jimmy Fallon, the Roots band, and the cast of The Force Awakens joined forces for a beautifully arranged, star-studded a capella tribute to the film’s score, which aired on The Tonight Show.  If the movie is as entertaining as this clip, we’re in for a treat.

Are you going to see the new Star Wars movie? Send us your selfies and costume shots!

Editor Lynn Rebuck outside the White House on Saturday, October 3, 2015. 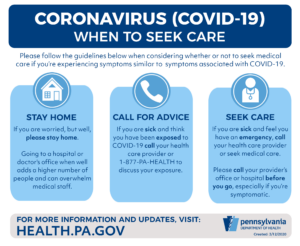